Eight hours to find and eat enough food to survive sixteen hours of winter night time darkness; starvation is the reason so many birds die during winter 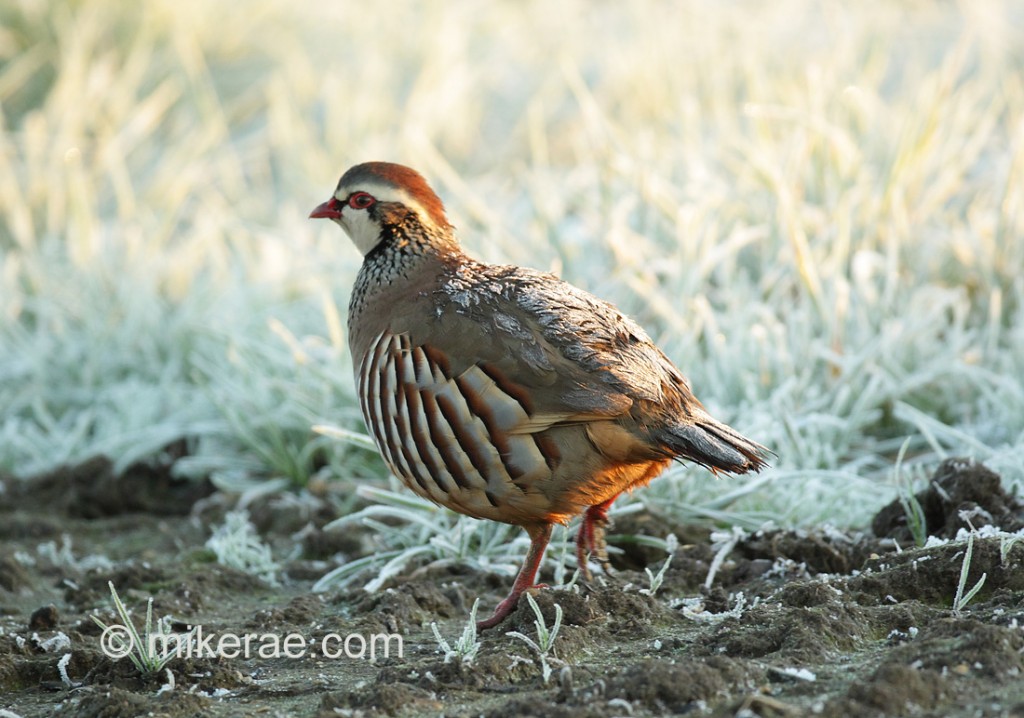 As the winter progresses, finding food gets tougher because berries and seeds become scarce. Birds that eat insects and invertebrates like spiders and worms have to work much harder. Buzzards are often seen looking for earthworms behind tractors working the fields in winter. By December when all the leaves have gone, finding warm shelter at night is a challenge. It is not hard to understand why much of intensively farmed Suffolk becomes devoid of birds during mid winter. 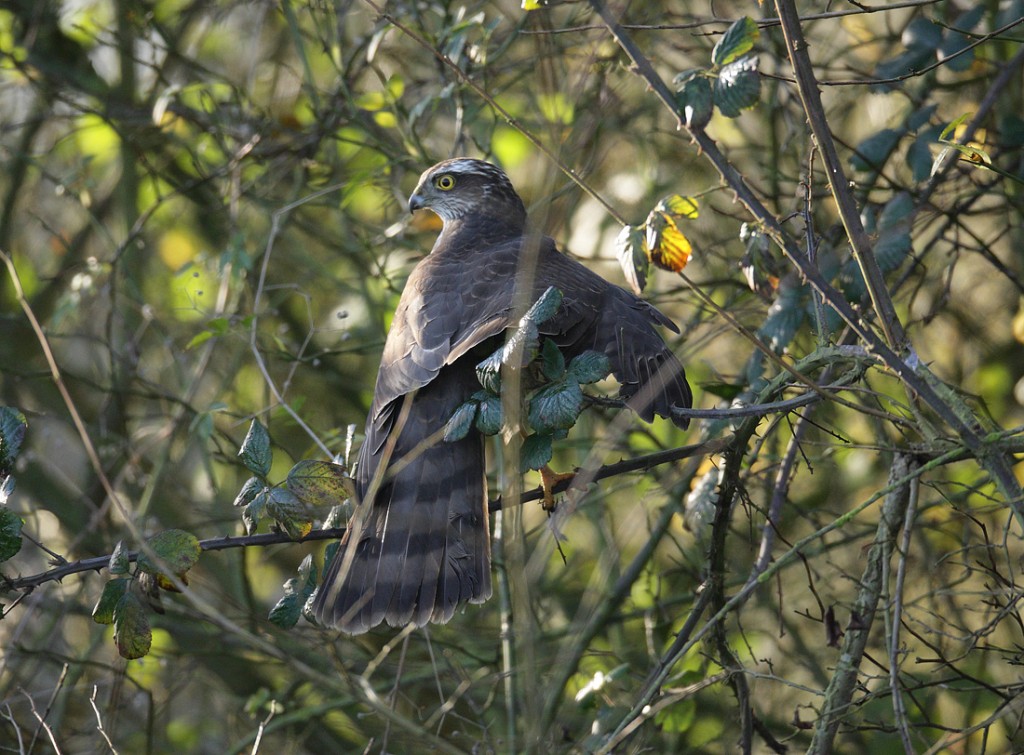 At Halls and Little Haugh farms, in addition to the game birds released for shooting there are very many wild birds trying to survive the winter. Birds like skylarks, yellow hammers and great-tits are joined by migrants; fieldfares, woodcock and redwings are escaping the even tougher conditions of northern Europe. Even in January and February birds are still common on the farms, especially on the 10% of the land out of production and used for game bird cover and wildlife habitats.

The partridges, pheasants and ducks released for shooting in late summer have to be fed. The 100 tonnes of food spread on the ground and put in feeders is not only eaten by game birds; wild birds such as yellow hammers and reed buntings really benefit and can be seen in flocks on the farms over winter. Game bird shooting stops in January and on many shoots this means that feeding also stops and the remaining game birds have to find their own food or die. At Halls and Little Haugh farms, feeding continues until early summer so many more game birds survive and stay on the farms to nest naturally. The continued feeding is a huge benefit to the wild birds when natural food is most scarce.

Putting down a 100 tonnes of food has other effects on a complex natural system. An obvious effect is rats that thrive on the food. The gamekeeper, Robert, has to control the rat population and he does this by tunnel trapping and night shooting, poison is not used. Buzzards that are common on the shoot live mostly on rats as do the semi resident red kites. Catching a shot rat is much easier than a large healthy pheasant!

Robert has developed seed mixes for the game covers. Once sown, these areas are left for up to five years, and develop into dense growth that provides food and shelter, especially in the coldest part of the winter. Robert is replacing traditional maize belts with sorghum that provides more resilient cover in winter.

Game cover field, in it’s 4th year since it was planted

The hedges are allowed to grow taller and wider than on most farms and are only ever cut on one side at a time on a 4 or 5 year cycle. As a result, the hedges offer a huge food and shelter resource for wild birds through the winter.

The farms also have wide field margins, these are only cut when woody blackthorn growth gets too thick, sometimes only every two years. Again, all this thick cover provides food and shelter for wild and game birds. 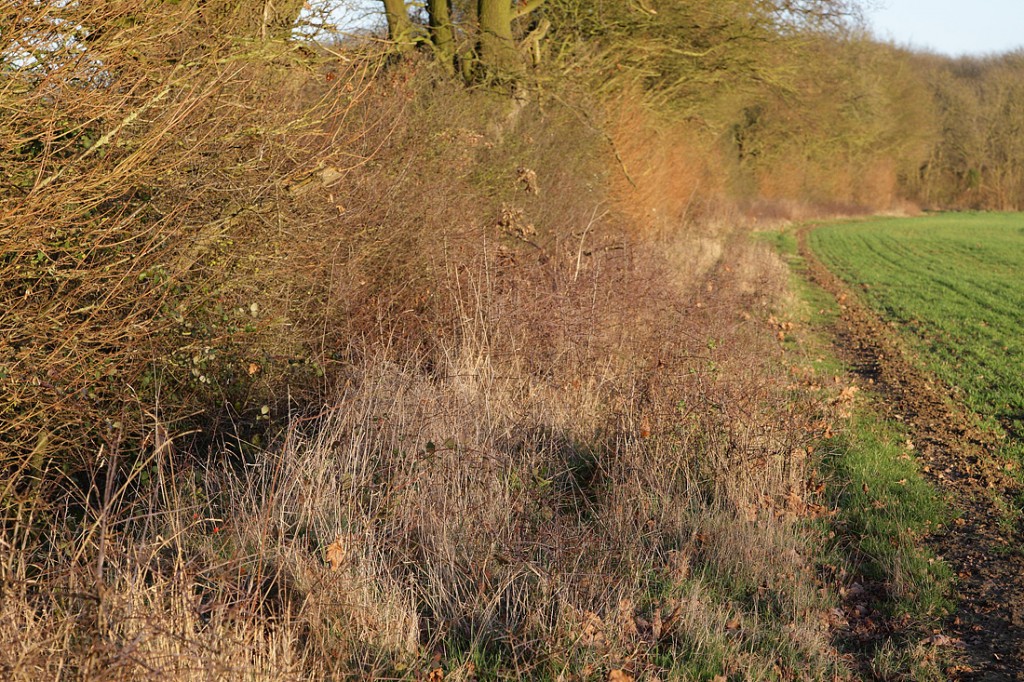 Wide field margin, not cut for a year giving lots of thick protection

The many, often small but intelligent, management initiatives taken on the farms mean many wild and game birds are surviving the winter and will breed in the spring.

Healthy, well-fed birds use the cover for food, shelter and to hide from natural predators such as buzzards and sparrowhawks. This is a key reason why predators, which are common on the farms, do not cause significant problems.

« Hedges, food or no food? Conservation, how game bird shooting can help? »