Large flocks of finches and linnets are disturbed when I walk round Halls and Little Haugh farms; on one water logged field last winter more than 60 snipe were counted as we squelched across it. There just seem to be more birds about both species and numbers than there are on most Suffolk farms. However, “more about” and one off counts are not good scientific evidence and do not prove anything.

John Walshe started working at Halls farm a year ago as a forklift driver, John has an enviable knowledge of birds and is a licensed bird ringer. John started to regularly hang out long mist nets on the farm, the caught birds are identified, aged, sexed and weighed. John is part of a UK wide volunteer army recording much of what we know about the bird population, the British Trust for Ornithology collects, interprets and reports this information. Ringing is only one method used, the most recent and comprehensive Breeding birds survey was published in 2013. This was based on volunteers recording the birds seen in 1 Km squares four times a year for three years. Government and other organisations use BTO bird surveys to help make conservation and other environmental decisions.

Over the last year John has built up a detailed picture of the birds at the orchard at Halls farm; species, population, resident or transient and breeding is indicated from the information he has collected. Winter 2014 / 15 John caught 21 species and 625 individual birds. Some caught birds already had rings. A goldfinch had been ringed in Yorkshire, several green finches were ringed in other parts of Suffolk. 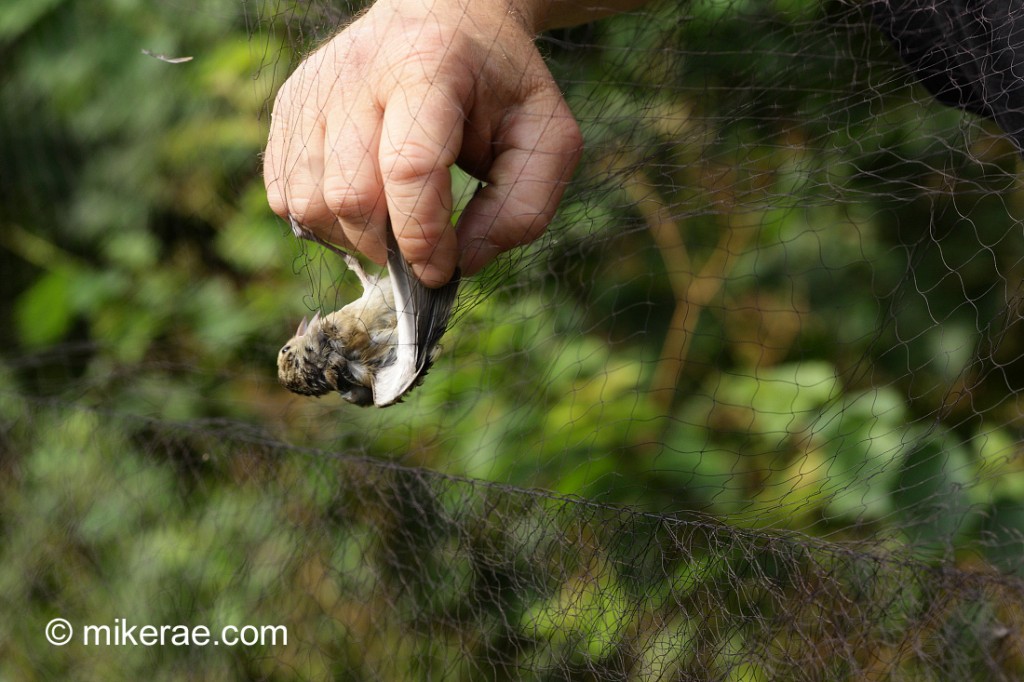 Taking a bird from the net

I found it striking how many species stay in the same place. John is ringing in the orchard at Halls farm, a two hundred metres away there is a flock of more then 20 reed buntings in a hedge and game mix field, John only ringed 5 last winter showing that they hardly move from one location. The farm has many breeding skylarks that are resident all year, none were ringed last winter.  This indicates how important even small patches of land are to many species, hedges trimmed at the wrong time or verges cut down will destroy food and shelter for local bird populations. 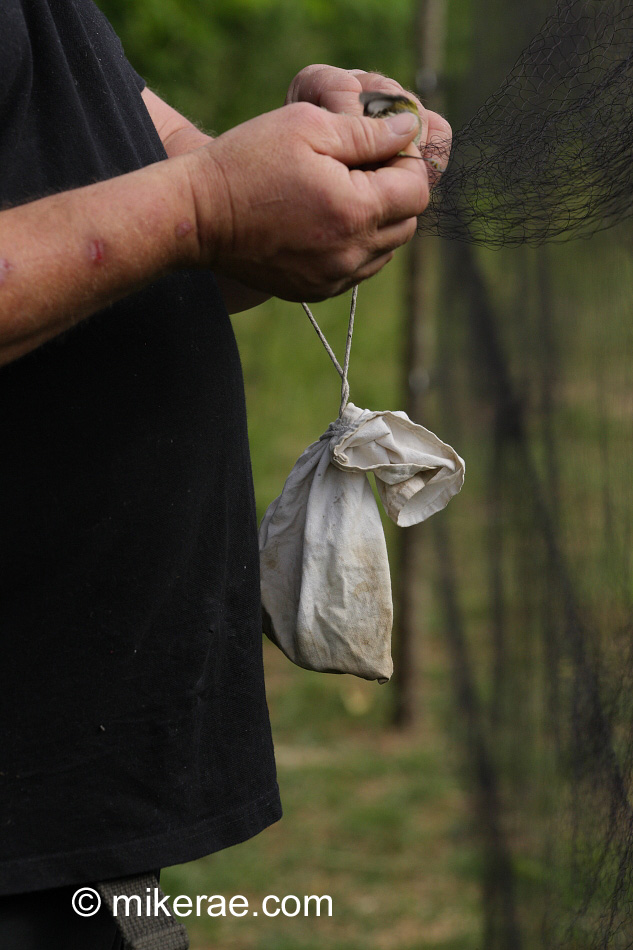 Trapping and ringing birds is a useful tool for mapping populations but has limitations and other survey techniques can be used like the counting used in the BTO Breeding birds surveys. Ringers are always adamant that trapping and ringing does no harm. However, being caught in a net then handled and ringed should be assumed to have an effect and there should be clear reason before any bird is ringed.

Too often trapping and ringing is undertaken by well meaning people who although licensed, act independently, “surveying their own patch” almost as a recreational pursuit. The decline in bird populations has been extremely well documented and it is difficult to understand why the same issue has to be repeat ably shown. Arguably the BTO should only issue ringing licences if there is need for specific information to fill in gaps in our scientific knowledge. For example; “bird in hand” photos on Facebook and birding websites of rare migrants caught in coastal ringing nets after a long over sea flight, seems more like “trophy ticking” than the collecting of useful scientific information. Ringing as a useful tool is in danger of being undermined by over enthusiastic individuals. 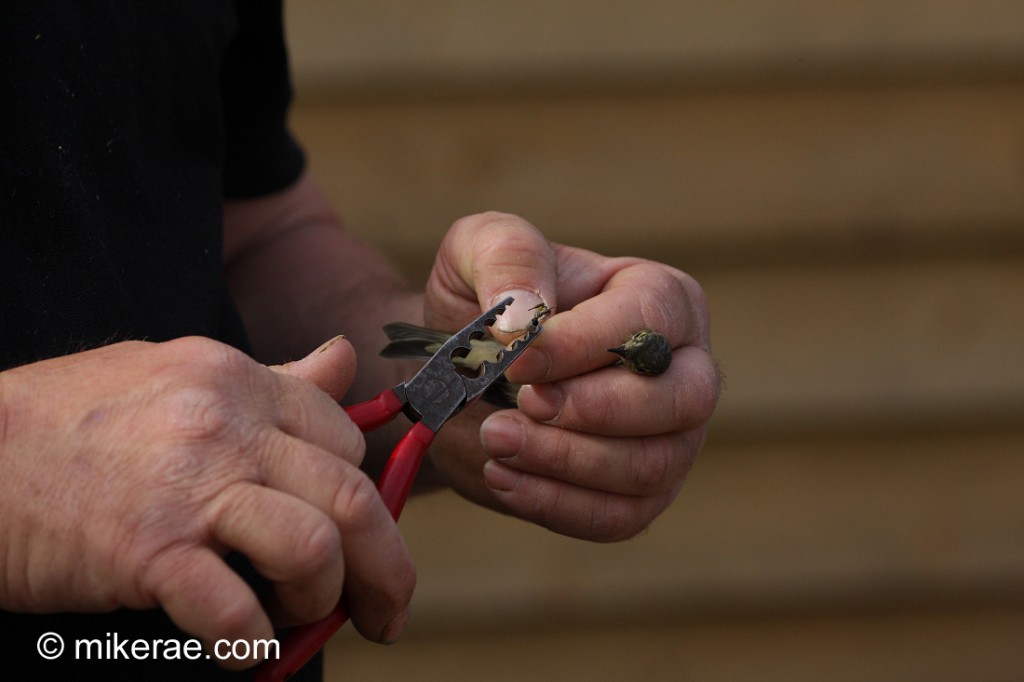 Ring being put on a birds leg

John’s evidence from ringing and recording at Halls farm has confirmed that the farm orchard has a greater than average number of bird species. This helps show that Halls and Little Haugh farms partnership with Jordan’s cereals farms which includes devoting 10% of the land to wildlife conservation is helping to increase wildlife diversity.

« The Pond Leaping and Boxing – About to take off? »