The pond is in a corner where two rides cross in Pakenham Wood. It was dug out four years ago one morning when Robert had borrowed a digger, it is about 30 metres by 6 metres at its widest point. The land in the wood is heavy clay so water naturally fills any deeper depressions. 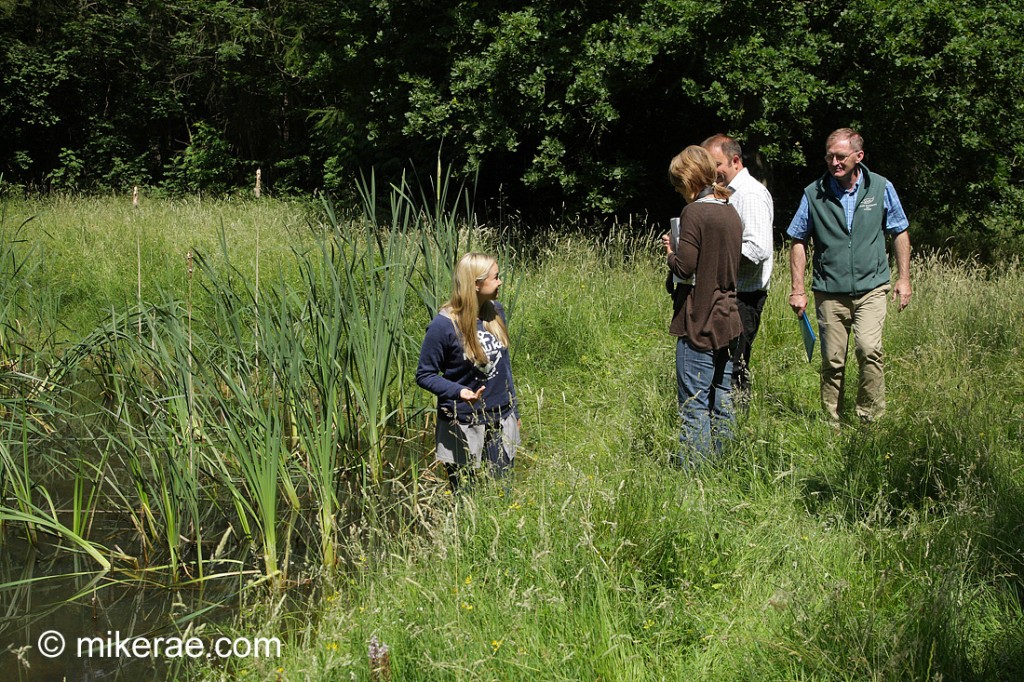 looking at wildlife in the pond

We had come up to the wood because Jordans, who are supplied with oats from the farms, want to change the way the 10% of the land managed as wildlife habitats are assessed. Alison Cross from the Wildlife trusts and Anthony Goggin from Leaf wanted to look at what is being done on the farms.

In July, Pakenham Wood has Silver-washed Fritillaries and White Admiral butterflies gliding up and down the rides; these had already distracted us. We then got to the pond, at first glance nothing special, reeds growing at the deeper end and lower plants in the shallow end. Then the chaser dragonflies started to dip eggs into the pond surface, the more delicate damselflies could be seen and water boatmen were on the surface. We stood and watched. 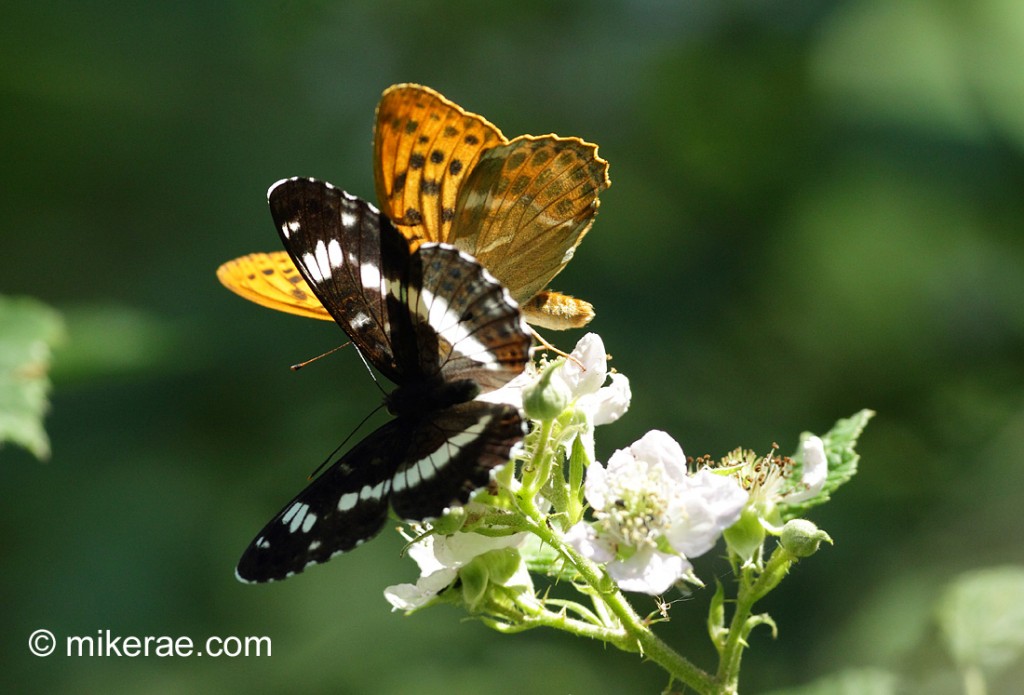 Reeds are growing out of the deeper water, and despite the still air the dead brown leaf on the reed base moved and then split open. This was a dragonfly emerging from a larval stage that had climbed up the reed. This had a near hypnotic effect on us, as within 30 minutes the small stubby green wings had grown to full size and dried, the dragonfly suddenly took its first confident flight. A closer look at the reeds revealed more hatching dragonflies and of lots their empty brown cases. 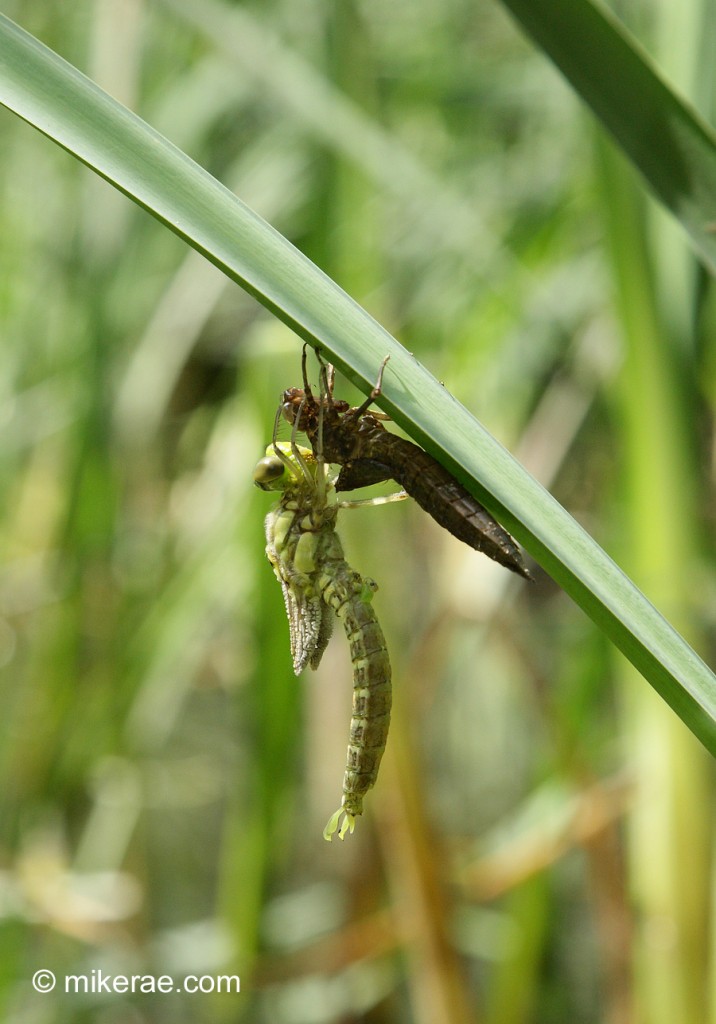 The pond water is clear and we could see the larval dragonflies climbing up underwater but they were not alone. The small four legged animals were Great crested newts and it is likely that we were the first people to have seen them in this relatively new pond. The newts shared the underwater space with round water beetles including the large great water beetle. 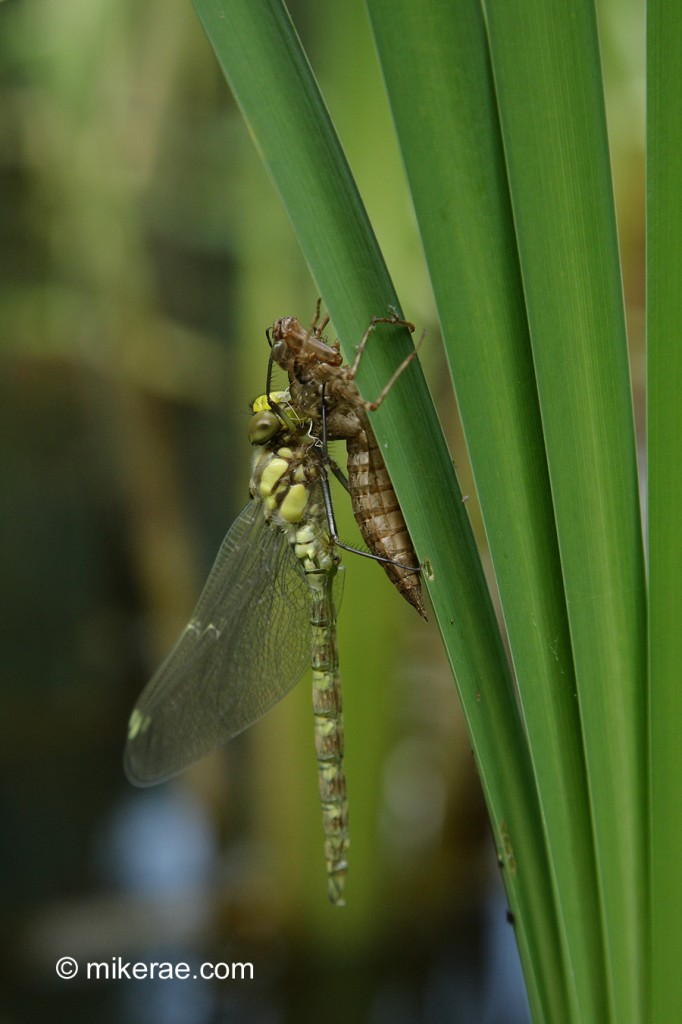 The plan had been to start see how the different habitats on the farm complemented each other, for example how the thick hedges with wide margins acted as wildlife corridors through the farm. However we had spent nearly two hours transfixed by a new small pond and lunch was waiting at the pub. 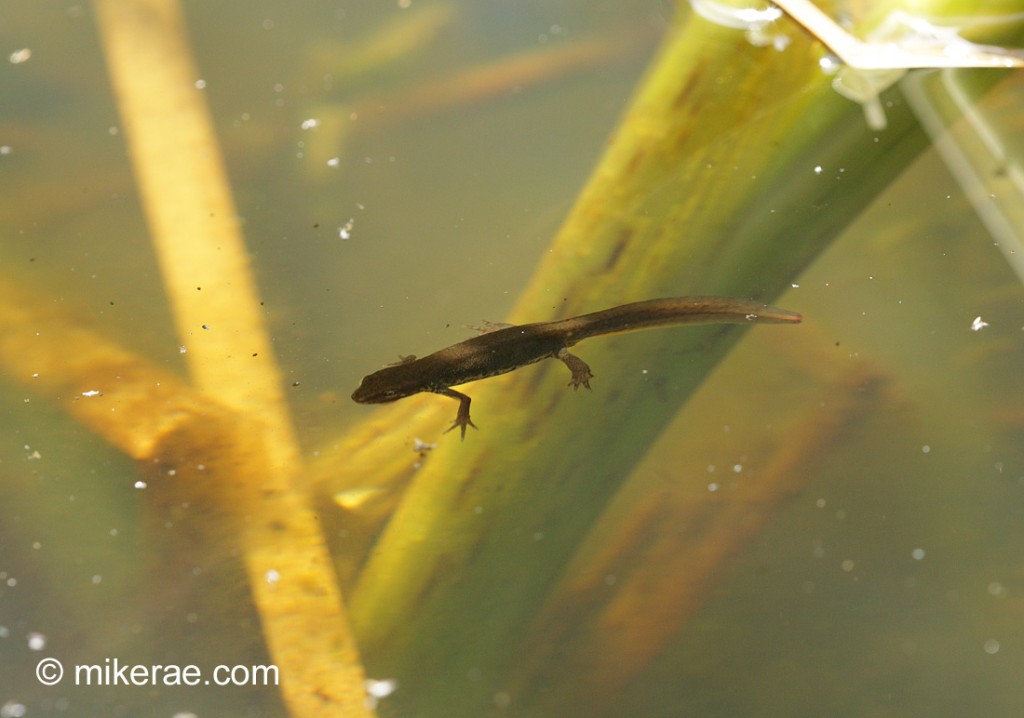 Great crested newt in the pond

After lunch we tried to be more focused, looking at the way the farms growing Jordans oats can get maximum wildlife benefit and diversity from the 10% land not in agricultural production. Despite the farm being part of a game bird shoot we came across a flattened field margin. This, dead rabbit remains and a characteristic smell were sure signs of young foxes playing in July sunshine. 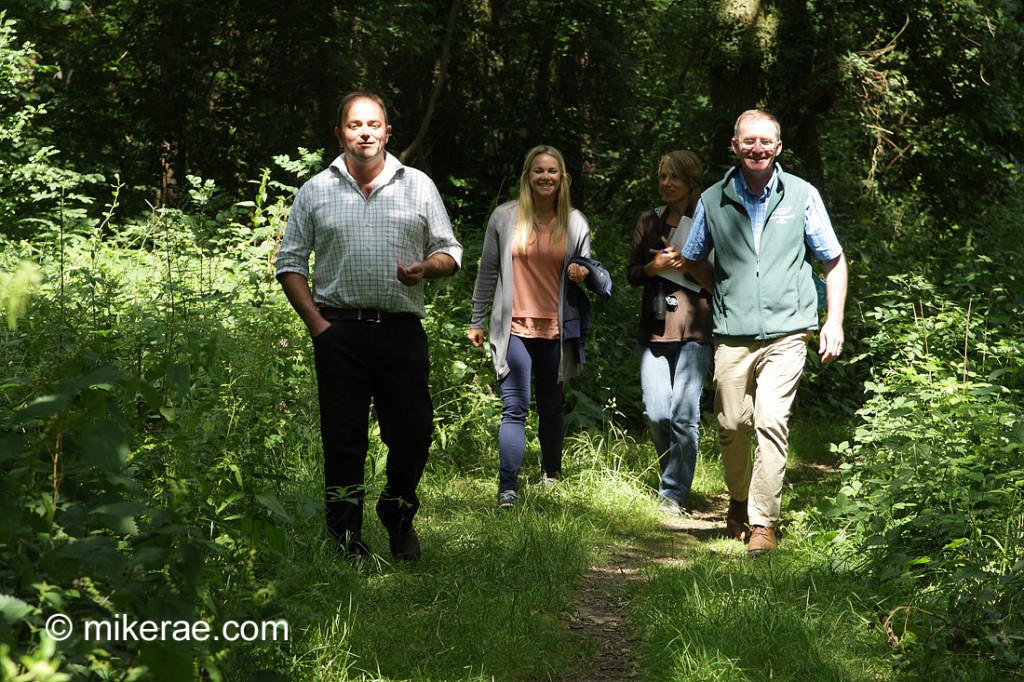 Heading back for lunch from Pakenham wood

Back at the farm office Robert the shoot gamekeeper was vaguely interested about where the fox litter he had seen in the spring had moved to but he was far too busy with young game birds to be bothered by young foxes. As we told him about the pond he let slip one of his rare smiles. The pond had just been an afterthought, just making use of a digger being used for drainage work on the farm. Like us, Robert was amazed by the life we had seen. Alison Cross suggested that he dig another pond close by which will take over from our pond as it silts and chokes up in the next few years.

What we had seen on one July day was how a couple of hours digging a new pond has been richly rewarded and that tolerance of untidiness allows wildlife, including foxes, to thrive on two productive farms and a commercial game bird shoot. 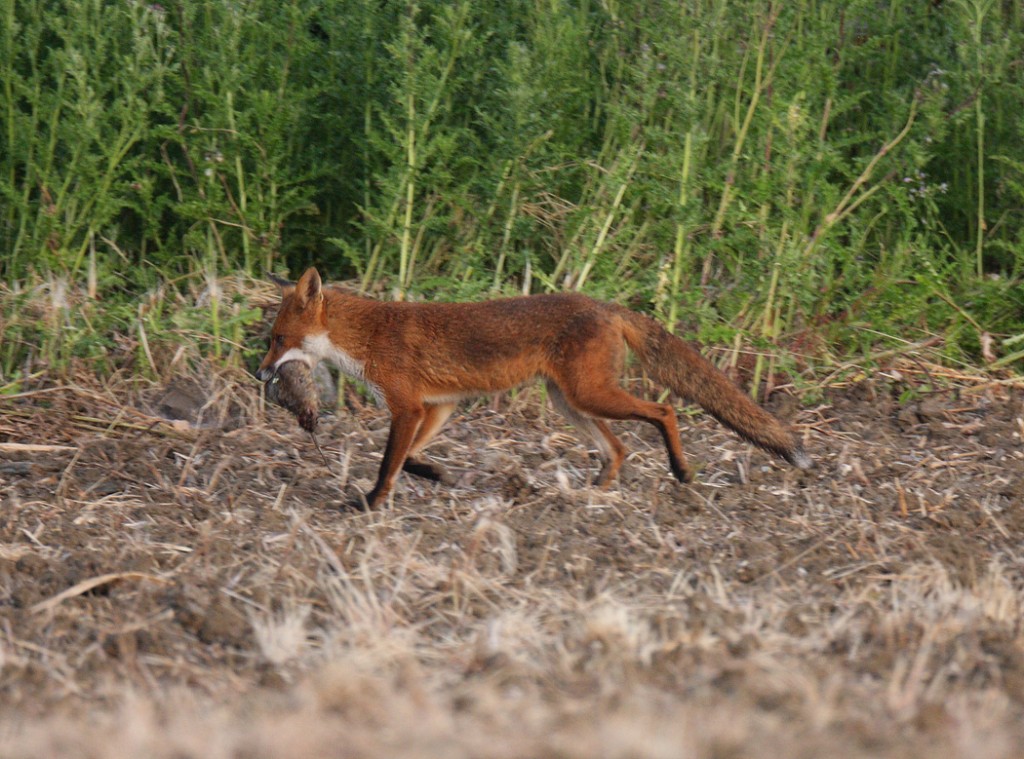