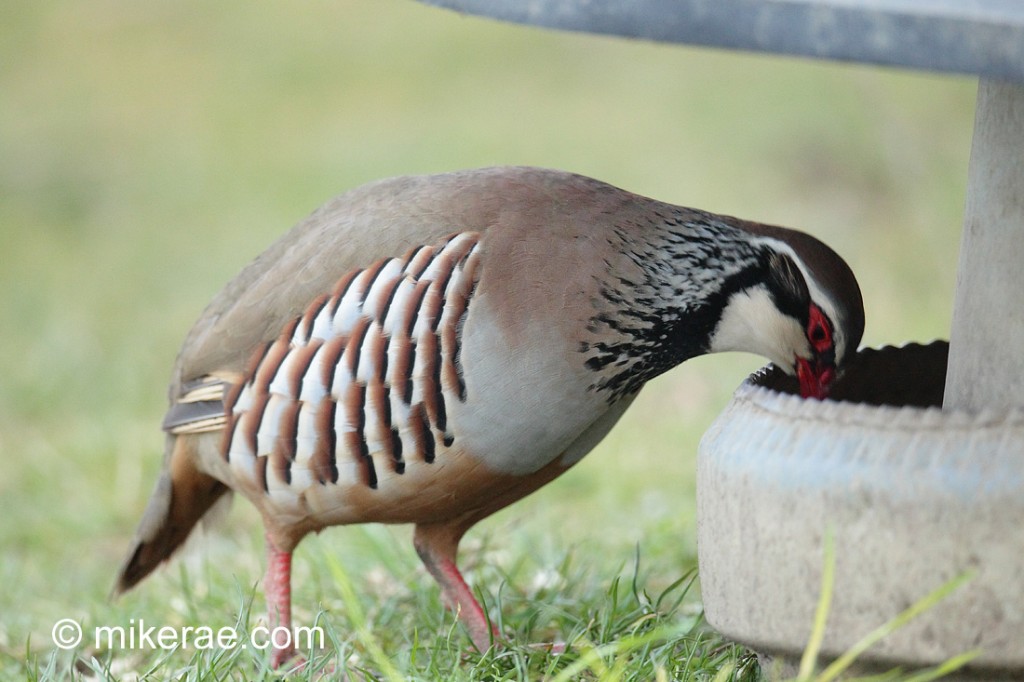 There are some residents and a steady stream of visitors. Two dunnock are always present but hide in the long grass and yellowhammers use it as their home base. A handsome pair of shelduck come in to top up and moorhen creep in warily. In-between these visitors, rats dart in and out cautious of the half metre of open ground. And of course there is a steady stream of red-legged partridge and pheasants filling their crops. 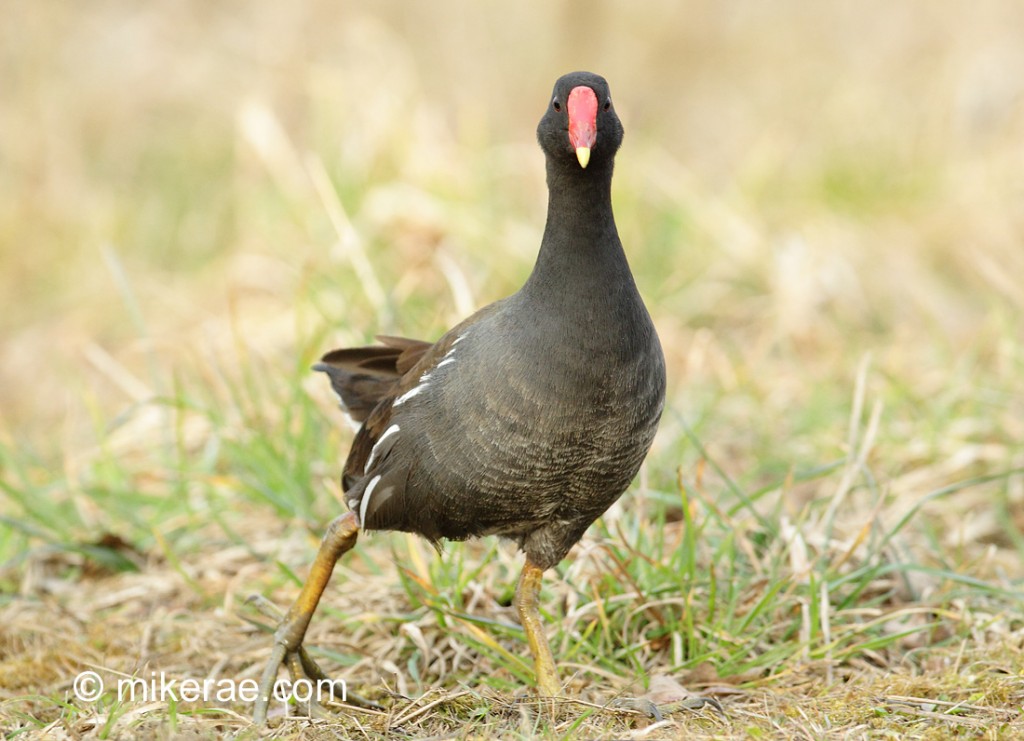 The feeder is on the edge of a field that has been managed for wildlife and game birds for many years. My hide is next to it so I can photograph the hares that live, and have their young, in the field. Despite the game shooting ending in January the feeders are kept filled by the gamekeeper through to early summer. Late winter and spring can be very difficult for seed eating birds. Feeding through this period helps keep them alive, healthy and better able to breed in early summer. At least two pairs of grey partridge come to the feeder; plump would be a polite description, fat more accurate. 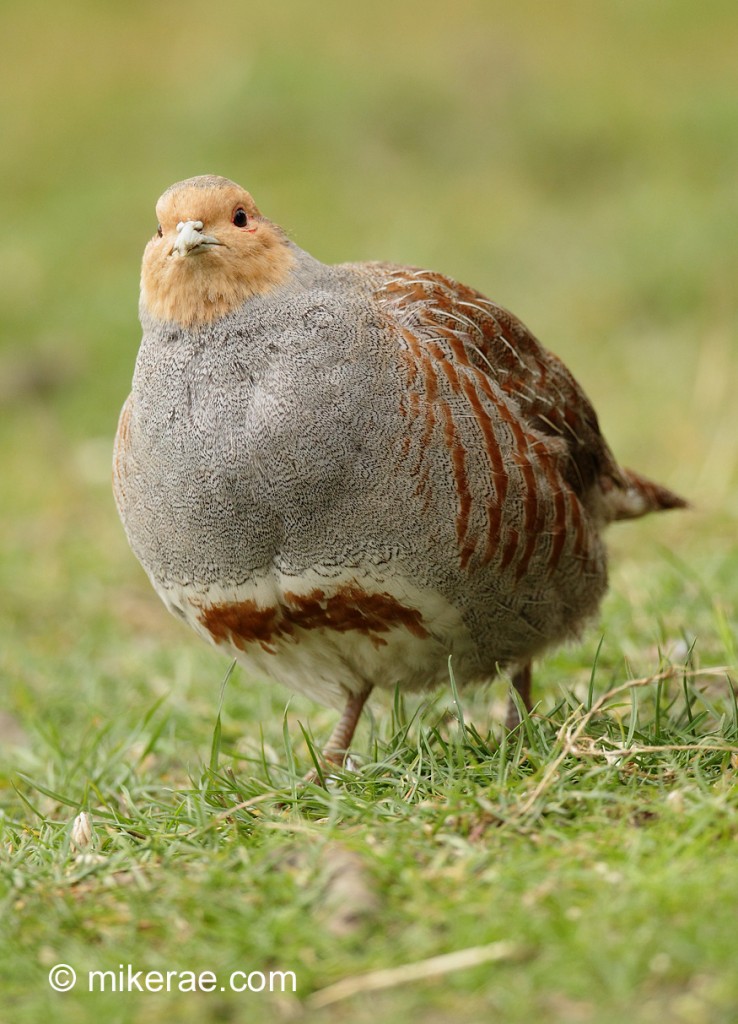 Between the hares there is lot more to see, the thick bramble and blackthorn at the base of the hedge not only hides partridges but also smaller wild birds. I often see a stoat; it either darts across to the waste straw dumped on the field or hunts the rats which use the feeder. I have seen it with two young rats but so far I’ve not been quick enough with my camera. It ignores the birds, rats seem to be the food of choice. 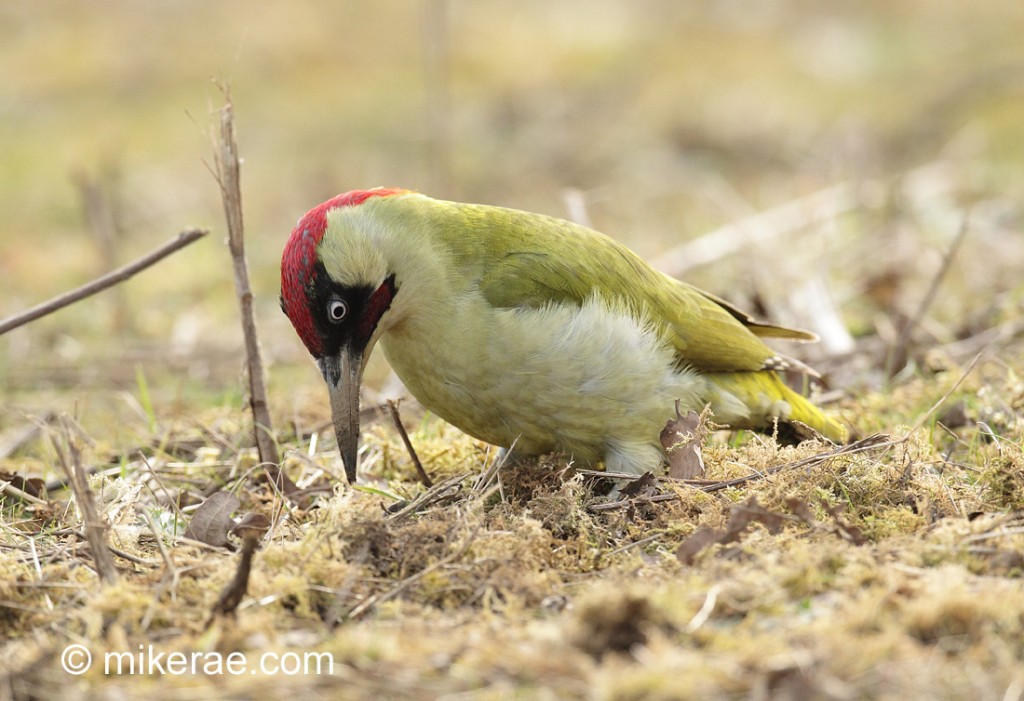 The short grass around the feeder is a favourite feeding area for a green woodpecker that probes and attacks the ground looking for food just metres away from me. The ruts made by the gamekeeper’s vehicle are still full of water and shy snipe come out of the longer grass to probe the soft mud for worms and other food. 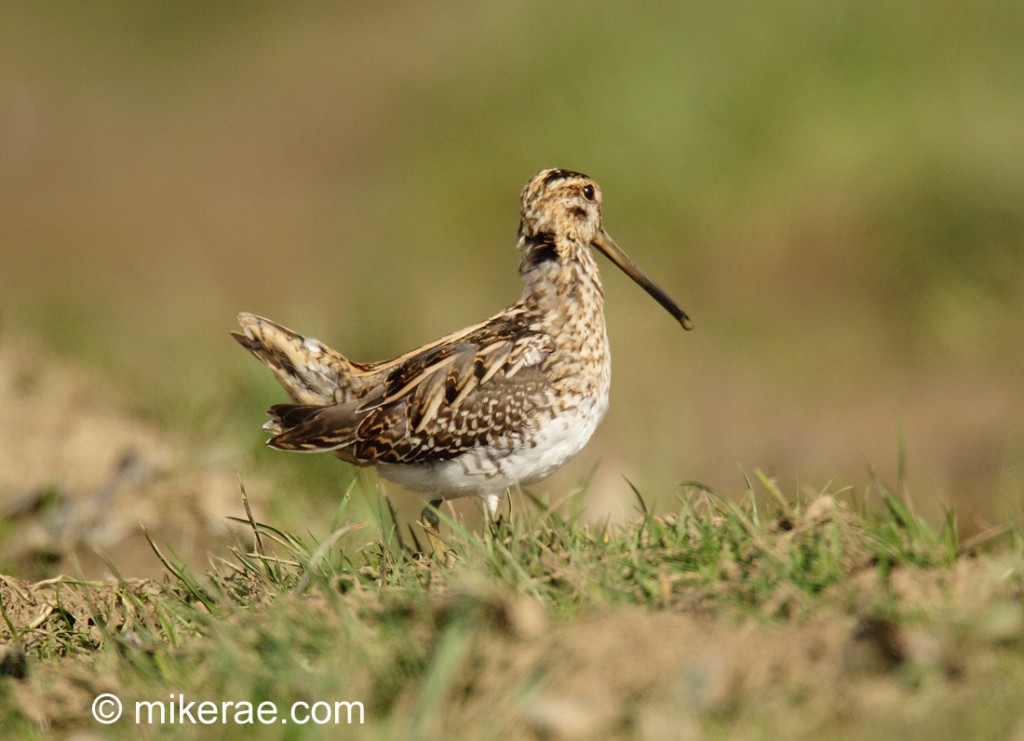 There are many more feeders dotted around both Halls and Little haugh farms, on a quick drive by the odd pheasant or partridge can be seen. But, spending a few hours next to the feeder shows that it is a hub of activity allowing both game and wild birds to survive the toughest months and be strong enough to breed in the spring. 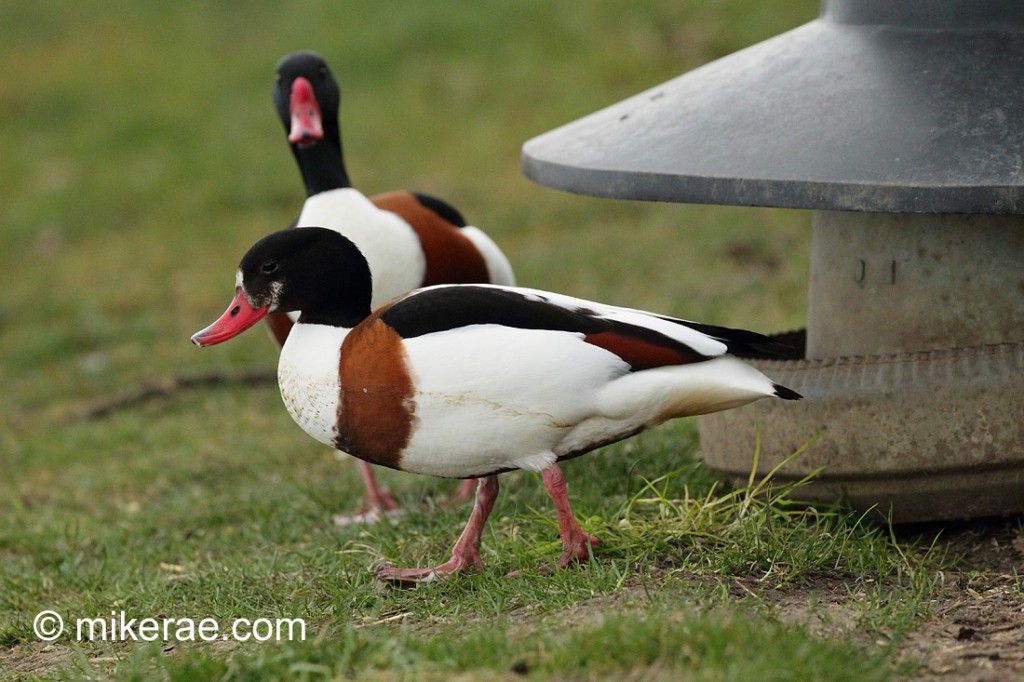